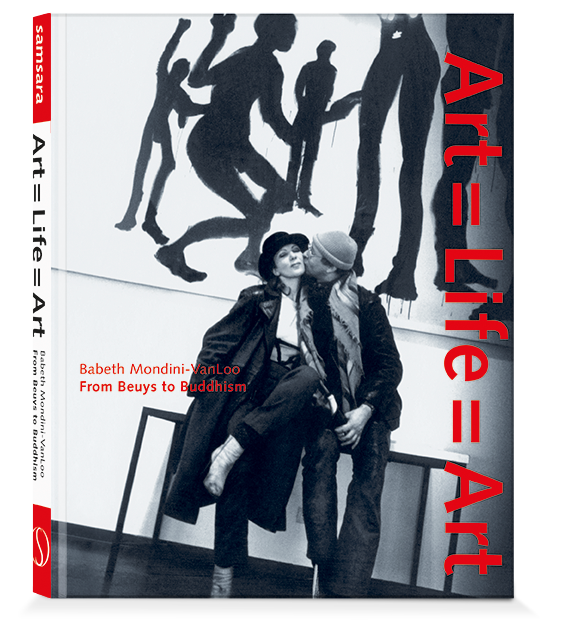 From Buys to Buddhism

Joseph Beuys (1921 – 1986) is considered one of the most influential German artists of the second half of the twentieth century. His “extended concept of art”, in which the process of living itself becomes the creative act, has shaped the life and work of Dutch media artist Babeth Mondini-VanLoo.

Her contribution lies not in visual beauty, but compelled by an inner search for truth she intends her projects to be vehicles of meaning as life-process. Whether it is about art studies, cultural input, filmmaking, punk or Buddhism, this book exposes some of the energies that led to the creation of antidotes of female healing towards a more compassionate world in which we are all artists, and all Buddhas.

“As a filmmaker, director, producer, and broadcaster, Babeth VanLoo has helped create, screen and broadcast hundreds of Buddhist films including eight on His Holiness the Dalai Lama. Her contribution to the spread of global Buddhism is enormous.